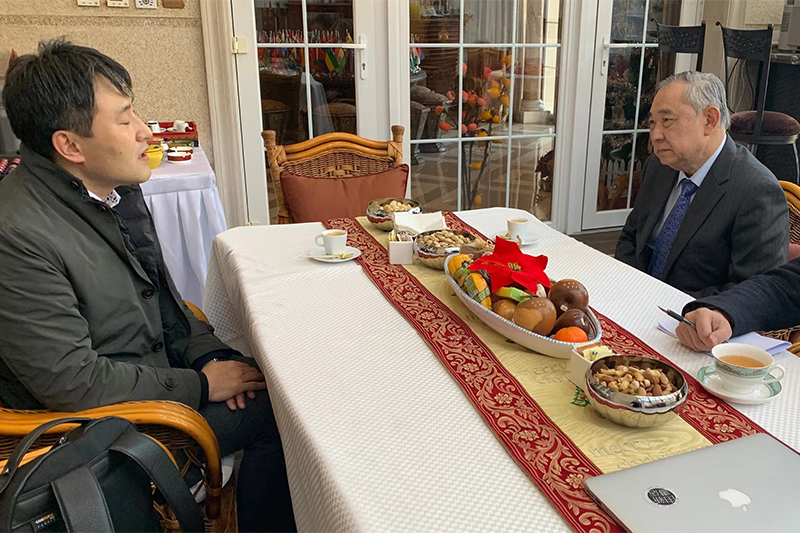 Professor Li Ruohong introduced the "Silk Road Cultural Interactive Atlas" and other non-governmental diplomacy and peace public welfare projects jointly carried out by the Foundation and UNESCO. The two sides had in-depth exchanges on topics of concern to the two governments and civilians, such as folk customs, culture and art, agricultural&cuisine, museum construction, investment and trade, digital economy and so on. They have made positive discussions on culture and multi field cooperation, and also see the space for future development.

The two sides agreed that it’s significant to jointly safeguard peace in Asia and help economic development in Asia. As 2022 marks the 30th anniversary of the establishment of diplomatic relations between China and the ROK, the two sides agreed to promote relevant celebrations next year to continue and promote the friendship between the two peoples.