Li Ruohong meets with the defense attache and his wife of Singaporean Embassy in China
Date：2021-11-30     Source：BJIPCF     Count：3091
On November 30, Dr. Li Ruohong, President of the China World Peace Foundation, met with Mr. Zheng Jiehan and his wife, the newly arrived defense attache of the Singapore Embassy in China.
President Li Ruohong first welcomed Mr. and Mrs. Zheng Jiehan to Beijing and said that military attaches from various countries to China are also important forces for safeguarding world peace. The donation of the Great Wall running charity planned by the visiting military attaches from Israel, Austria and India in cooperation with the foundation is the embodiment of the humanitarian love of the military attache group in China. In the future, the foundation is willing to work with military envoys in China to contribute to the promotion of world peace. 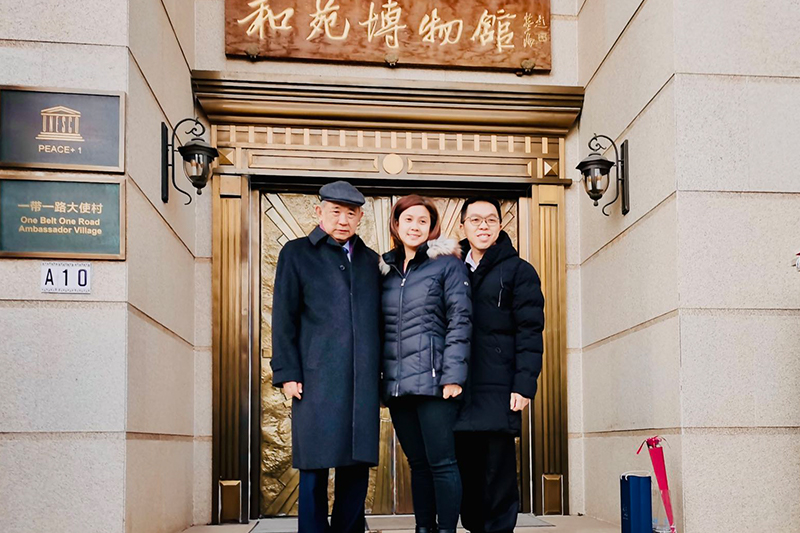 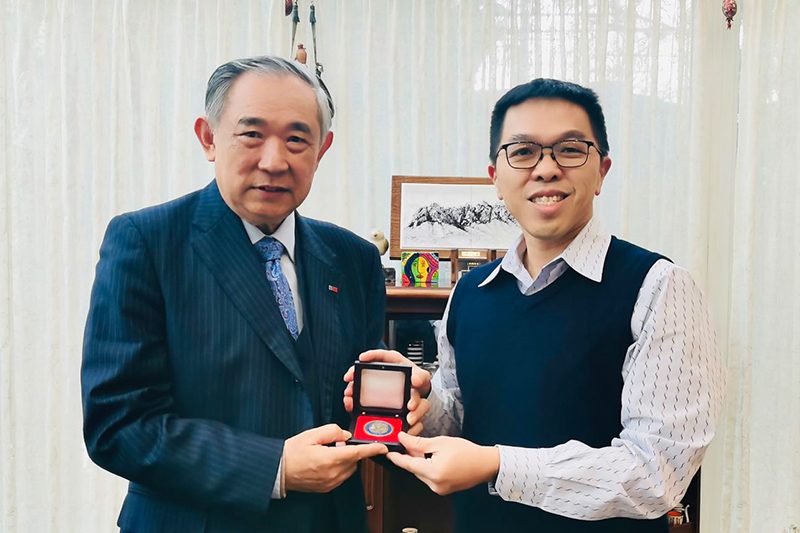 Mr.Zheng Jiehan, defense attache of the Singapore Embassy in China, presented souvenir to Peace Garden Museum on behalf of the military attache office.