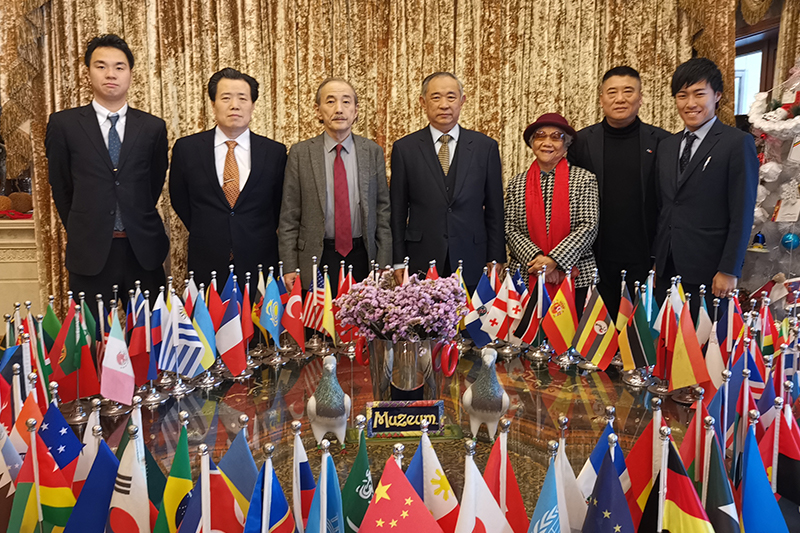 On December 22nd, 2019, Mr. Tanaka, the eldest son of former Japanese Prime Minister Kakuei Tanaka, who promoted the establishment of diplomatic ties between China and Japan, led a Japanese delegation to visit Peace Garden. Regarding the cultural exchange programs such as Chinese and Japanese food, music, the “Belt and Road”initiative and regional peace, he held the friendly talks with Li Ruohong, President of the China World Peace Foundation and the Beijing International Peace Culture Foundation.

Mr. Tanaka first said that the achievements of Mr. Li Ruohong's team in people's diplomacy and "peace +1" have been highly praised by the international community, and this visit is to pay a tribute to and learn from them. Many years ago, Prime Minister Kakuei Tanaka and the older generation of Chinese leaders made important contributions to the development of Sino-Japan relations. Future generations should carry on the friendship from generation to generation. He hoped to do something practical in the areas of people's livelihood and public welfare to deepen the mutual understanding between the Chinese and Japanese people. 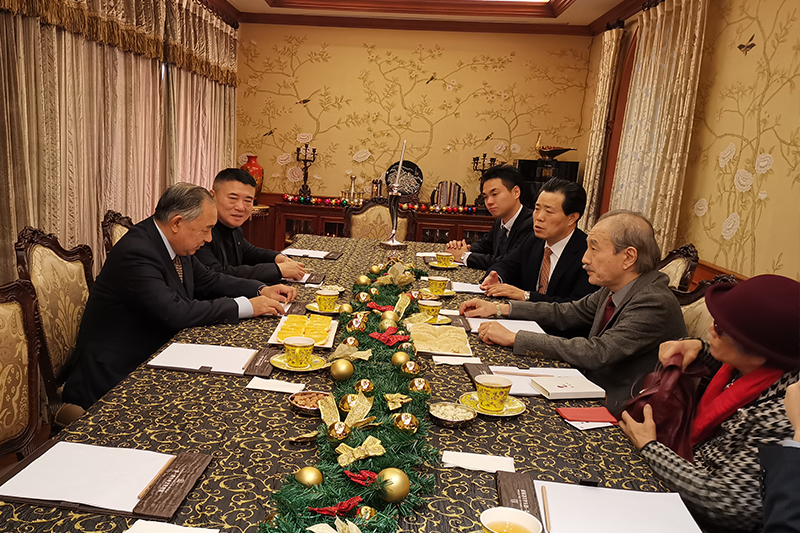 President li Ruohong told Mr. Tanaka that the long-term relationship between the foundation and the descendants of international friends, such as American journalist Snow, French doctor Bussiere, British communications expert Michael Lin, and Mr. Naishang who promoted the establishment of diplomatic ties between China and Thailand. Now we would like to welcome Mr. Tanaka to visit China the day before prime minister Abe's visit, which will play a positive role in building relations in the new era. President Li Ruohong said that the Oriental culture is increasingly prominent in the international landscape, and the Chinese and Japanese cultures are attracting people's attention with their unique charm. To contribute to the cause of peace through multi-dimensional cooperation is what the older generation of diplomats expect from us.

When visiting the exhibits of diplomatic collection of Peace Garden museum, Mr. Tanaka said that he would like to give the Museum some precious historical materials on his father Kakuei Tanaka's diplomatic relations with China. Also, A compilation of information on the establishment of diplomatic ties between China and Japan- knowing Japan& knowing China better" will be available to a wider audience.