On the morning of October 11, Mr. Ji lamothe, permanent representative of Haiti's trade development office in China, visited Peace Garden Museum and held friendly talks with Dr. Li Ruohong, President of China World Peace Foundation. The two sides recalled the contribution made by the former ambassador to China, Mme. Menos during her tenure as a professional diplomat for promoting Haiti’s cooperation with China and her charisma in dealing with the relation with China, and other country without official diplomatic ties with Haiti. 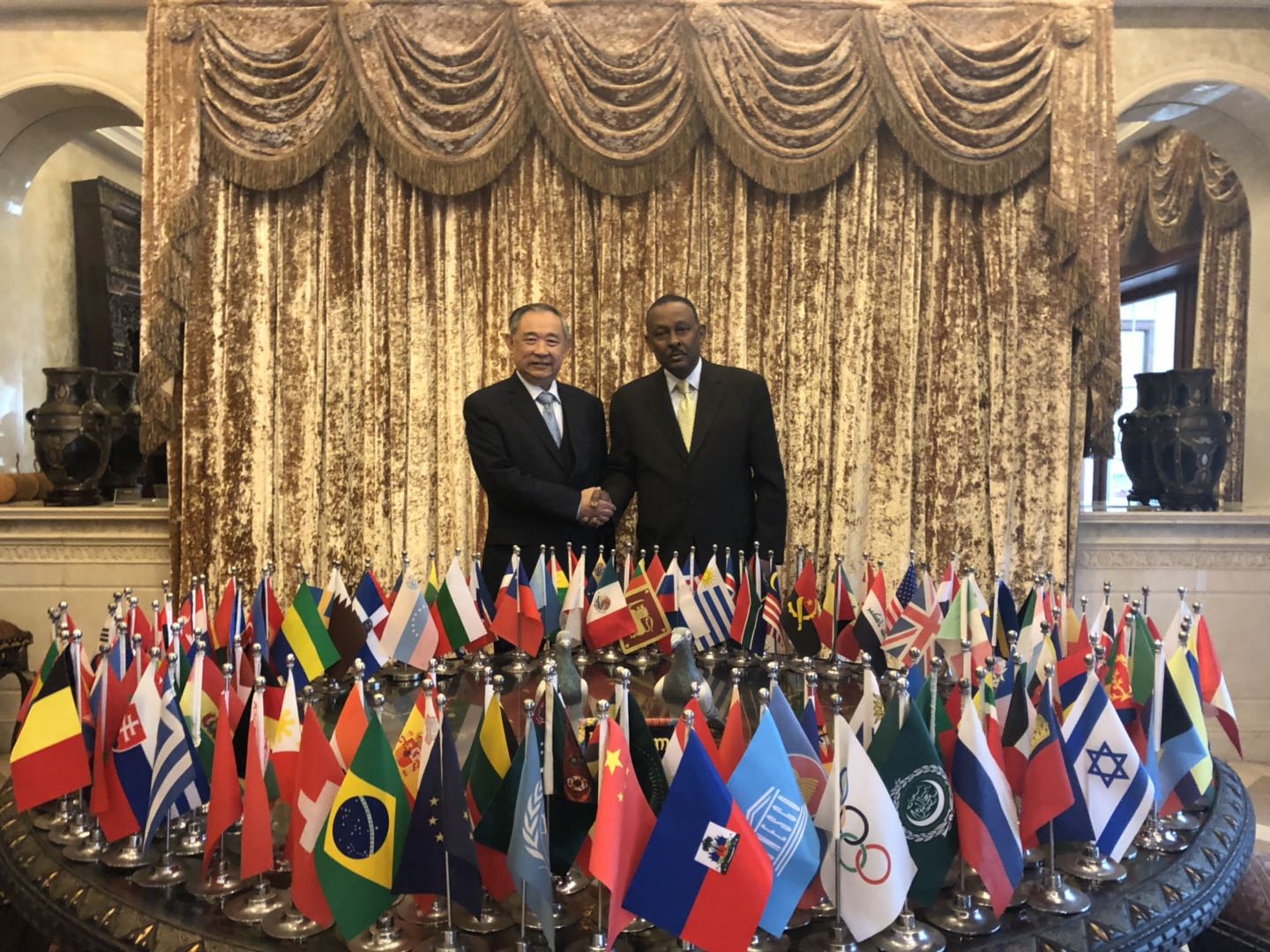 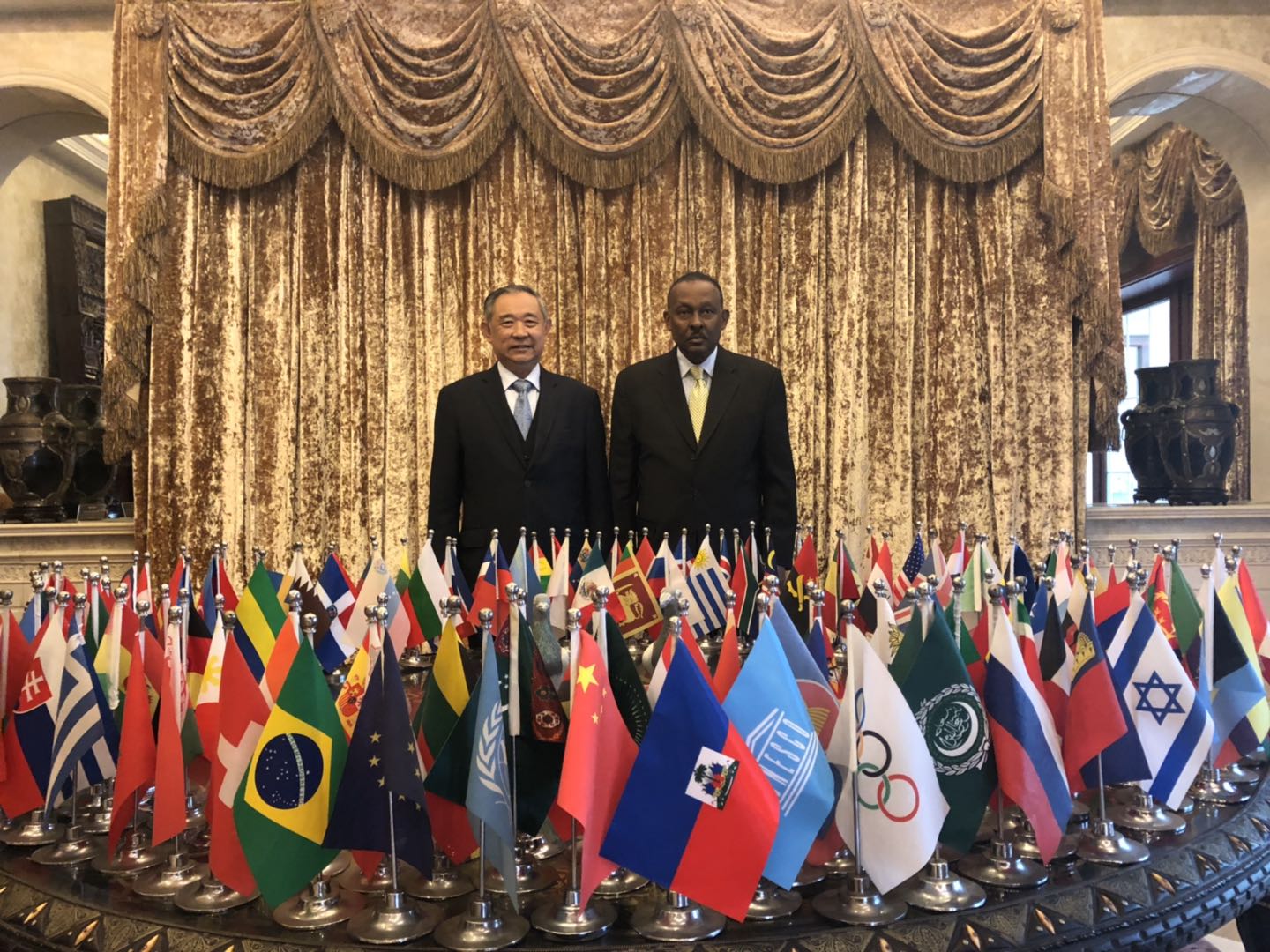 Mr. Lamothe described Haiti's colonial history. After independence, Haiti became a stronghold of anti-colonial struggle in Latin America. The Haitian people love peace and long for development. As they said in this year's Peace Festival in Peace Garden : Peace and development are two sides of the same coin. One cannot be achieved without another. There can be no peace without sustainable development and no sustainable development without peace. 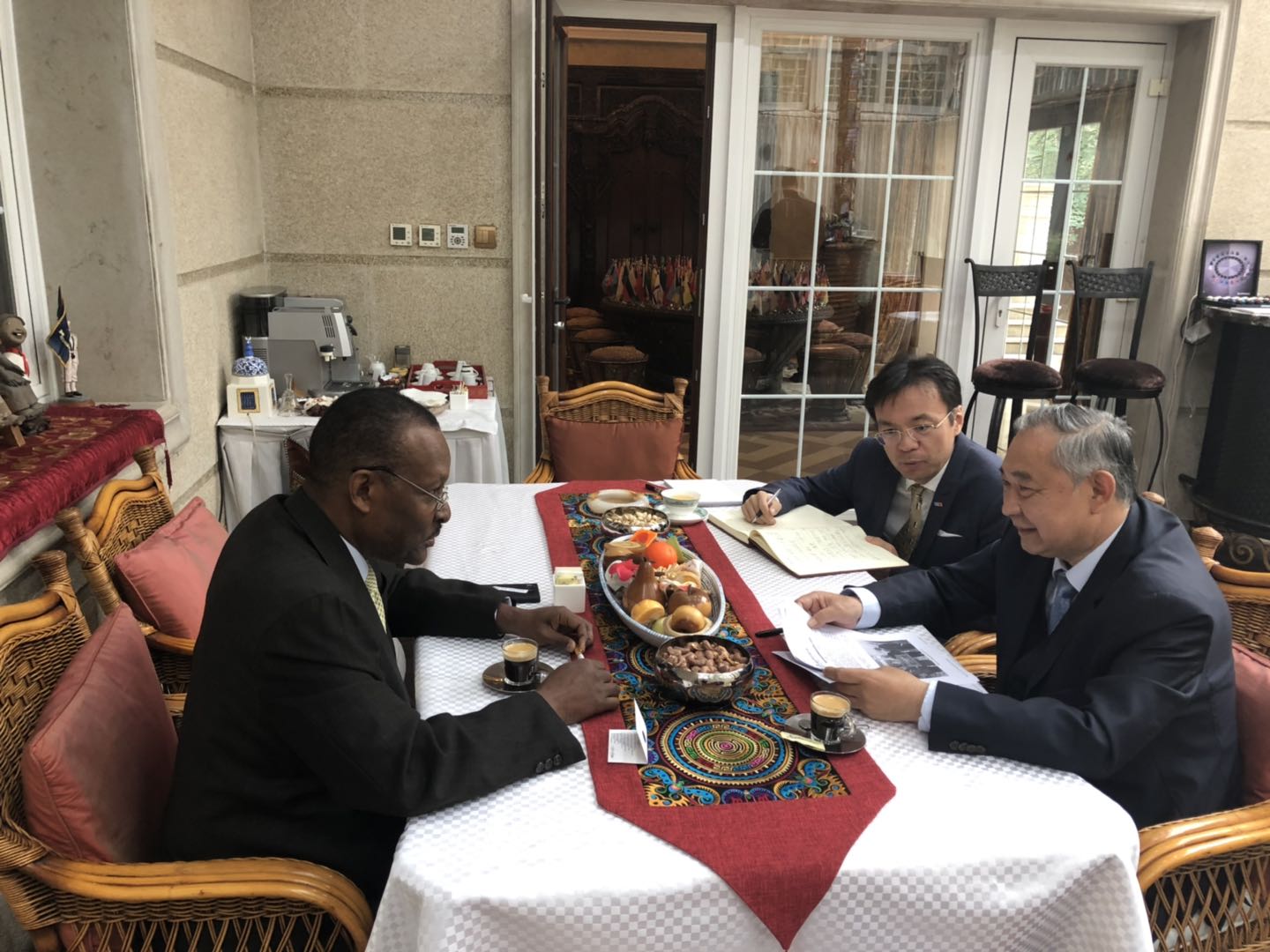 Dr. Li said China and Haiti have not established formal diplomatic relations, but the two countries are increasingly engaged in economic and cultural exchanges. As a Chinese NGO and an international organization, the foundation has unique advantages in cooperation with countries without diplomatic relations. Dr. Li is willing to explore a new model of cooperation and development, promote the cooperation between the China World Peace Foundation and the Haiti-Dominica Peace Foundation, and expand the scope of cooperation among Caribbean countries. Dr. Li also called on Haitian youth who love photography to participate in the second “Youth Lens on the Silk Roads” activity, establish the Haitian-China Business Association and build an e-commerce platform to help more Haitian products enter the Chinese market.

Finally, both sides believe that the concept of China-Haiti development and peace will continue to be deepened, and are willing to work together to promote the development in a wide range of areas and regions and write a brilliant chapter together!